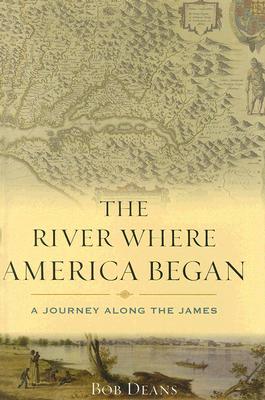 The River Where America Began

A Journey Along the James

From the establishment of the first permanent English colony at Jamestown in 1607 to the fall of Richmond in 1865, the James River has been instrumental in the formation of modern America. It was along the James that British and Native American cultures collided and, in a twisted paradox, the seeds of democracy and slavery were sown side by side. The culture crafted by Virginia's learned aristocrats, merchants, farmers, and frontiersmen gave voice to the cause of the American Revolution and provided a vision for the fledgling independent nation's future. Over the course of the United States' first century, the James River bore witness to the irreconcilable contradiction of a slave-holding nation dedicated to liberty and equality for all. When that intractable conflict ignited civil war, the James River served as a critical backdrop for the bloodiest conflict in U.S. history. As he guides readers through this exciting historical narrative, Deans gives life to a dynamic cast of characters including the familiar Powhatan, John Smith, Patrick Henry, Thomas Jefferson, Benedict Arnold, and Robert E. Lee, as well as those who have largely escaped historical notoriety. The River Where America Began takes readers on a journey along the James River from the earliest days of civilization nearly 15,000 years ago through the troubled English settlement at Jamestown and finishes with Lincoln's tour of the defeated capital of Richmond in 1865. Deans traces the historical course of a river whose contributions to American life are both immeasurable and unique. This innovative history invites us all to look into these restless waters in a way that connects us to our past and reminds us of who we are as Americans.

Bob Deans, a long-time Washington, D.C. journalist, is Federal Communications Director of the Natural Resources Defense Council Inc. He grew up in Richmond, Virginia and now lives in Bethesda, Maryland with his family.
Loading...
or
Not Currently Available for Direct Purchase