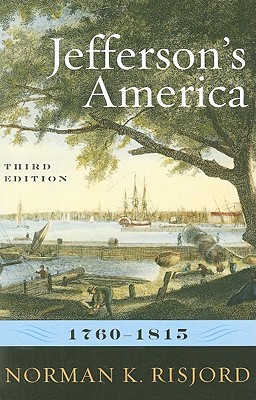 A captivating and lucid narrative of America's revolutionary generation, Jefferson's America takes the reader from the earliest rumblings of colonial dissent, through the crises of revolution and nation-making, to the heroic drama of the War of 1812. Risjord deftly weaves together strands of biography and social history with military and political history to depict the rich fabric of the young republic. While most writers on this period conclude with the end of the Revolution, the ratification of the Constitution, or the election of Jefferson, Risjord contends that there is a fundamental continuity in the history of the Early Republic. The basic problems involved in creating a stable, representative government were not resolved until the "second war of independence," a symbolic end for the Revolutionary generation, which produced a sense of national unity and determined the viability of the new nation. Risjord incorporates new social and economic perspectives, and he deals suggestively with the struggle over "who shall rule at home." Yet he still presents the pivotal events of the War for Independence, the framing of the Constitution, the "Revolution of 1800," and the War of 1812 in an interesting and understandable way. This is no watered-down version of the national myth, but a subtle and well-told story. The third edition reflects new research on a number of topics; including the role of women in the resistance to British measures; the impact of the Revolution on blacks, both slave and free; and the lot of the common soldier during the same period.

Norman K. Risjord is professor emeritus of history at the University of Wisconsin-Madison, where he was a prize-winning teacher for more than three decades. He is the author of thirteen books on American history, including a biography of Thomas Jefferson.
Loading...
or support indie stores by buying on