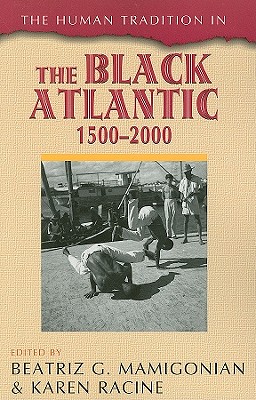 Like snapshots of everyday life in the past, the compelling biographies in this book document the making of the Black Atlantic world since the sixteenth century from the point of view of those who were part of it. Centering on the diaspora caused by the forced migration of Africans to Europe and across the Atlantic to the Americas, the chapters explore the slave trade, enslavement, resistance, adaptation, cultural transformations, and the quest for citizenship rights. The variety of experiences, constraints and choices depicted in the book and their changes across time and space defy the idea of a unified black experience. At the same time, it is clear that in the twentieth century, black identity unified people of African descent who, along with other minority groups, struggled against colonialism and racism and presented alternatives to a version of modernity that excluded and alienated them. Drawing on a rich array of little-known documents, the contributors reconstruct the lives and times of some well-known characters along with ordinary people who rarely left written records and would otherwise have remained anonymous and unknown. Contributions by: Aaron P. Althouse, Alan Bloom, Marcus J. M. de Carvalho, Aisnara Perera D az, Mar a de los ngeles Meri o Fuentes, Fl vio dos Santos Gomes, Hilary Jones, Beatriz G. Mamigonian, Charles Beatty Medina, Richard Price, Sally Price, Cassandra Pybus, Karen Racine, Ty M. Reese, Jo o Jos Reis, Lorna Biddle Rinear, Meredith L. Roman, Maya Talmon-Chvaicer, and Jerome Teelucksingh.