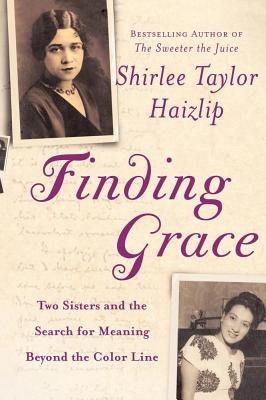 Two Sisters and the Search for Meaning Beyond the Color Line

In her widely acclaimed, bestselling memoir, The Sweeter the Juice, Shirlee Taylor Haizlip asked us to redefine our concepts of race and family by examining her biracial heritage -- how different gradations of dark and light skin led to a split in her mother's nuclear family, and how various relatives have been reunited many years later, some of them previously unaware of their layered racial makeup. In this eloquent, moving, and eagerly awaited continuation of her story, Haizlip pushes further into the fascinating terrain of family, race, and racial passing. Just over ten years ago, Haizlip's African American mother was reunited with her sister, who had spent her whole life passing for white; both women were in their eighties and had not seen or heard anything about each other since early childhood. Now Haizlip answers the many questions that linger from the previous book: What happened between these long-separated sisters after their reunion? What did they learn about each other, and about themselves? Is it possible to heal the wounds caused by such a rift?
In rich, elegant prose, Haizlip contrasts her mother's fulfilling adult life with her aunt's solitary white existence. They lived on opposite sides of the race line, but both women, says Haizlip, were plagued by "America's twin demons: a paranoia about purity and an anxiety about authenticity." These women and other members of the author's extended family come vividly, achingly to life in these pages, turning this astute cultural investigation into a poignant, delightful, and highly personal narrative. Haizlip deftly, fluidly conveys the complexities of this story -- the sadness, comedy, danger, anger, confusion, shame, fear, longing, excitement, and joy of her family's rupture and reunion. We learn how Haizlip's mother's abandonment by members of her immediate family affected her daily life; we learn about the lives of relatives who left her behind, and of the members of succeeding generations who knew of the rift, and of those who did not.
Haizlip's readers, too, appear here -- after The Sweeter the Juice, Haizlip was flooded by letters in which people shared similar family stories of bi-racial heritage, passing, and the eventual revelation of an extended racial makeup. She includes some of these letters here, affirming that her own seemingly unusual tale is actually a very familiar, very American story: of the tumultuous, complicated interactions between black and white communities and individuals -- interactions marked by fear and distrust, but also by camaraderie, ardor, and love. In sharing her own and her readers' stories, Haizlip forges a new picture of America's hidden racial past and its multihued future. Passionate, indomitable, and always generous toward her subjects, Haizlip explores what happens when the race divide exists within one family, and the effect of secret racial histories and their revelation on individuals and America at large.

Praise For Finding Grace: Two Sisters and the Search for Meaning Beyond the Color Line…

Jill Nelson, The New York Times Book Review Author of Volunteer Slavery: My Authentic Negro Experience The Sweeter the Juice is a meditation on the meaning of race, color, ethnicity, and family. And as such, it is a quintessentially American story.

David Nicholson The Washington Post A rich, compelling saga that should be required reading in the nation's schools and colleges, if only to prove that America has always been a multicultural nation, even if most Americans haven't always been able to admit it.

Dr. Dorothy I. Height President of the National Council of Negro Women This is a richly textured, beautifully shaded American story which will broaden every American's life. It helps us all understand more fully how and why we got to be who and what we are. Shirlee Taylor Haizlip is a masterful storyteller.

The Boston Globe A family history that startles as it unravels an intricate true story about confronting the past and dealing with the demons crouching there.

Ruth F. Brin Minneapolis Star Tribune The book is fascinating reading...and it will reward its readers with important insights into what it means to be an American, black or white, rich or poor.
or support indie stores by buying on
Copyright © 2020 American Booksellers Association