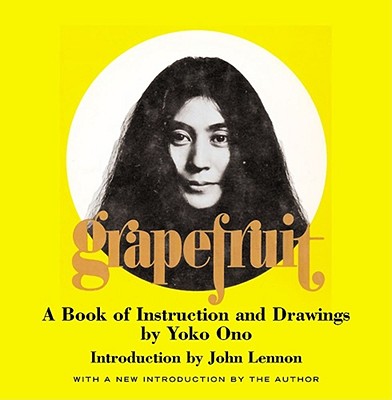 A Book of Instructions and Drawings by Yoko Ono

Back in print for the first time in nearly thirty years, here is Yoko Ono's whimsical, delightful, subversive, startling book of instructions for art and for life.

"A dream you dream alone may be a dream, but a dream two people dream together is a reality."
"This is the greatest book I've ever burned." -- John

Best known as singer-songwriter for the legendary Beatles, John Lennon was born in Liverpool, England. In 1969, Lennon married Yoko Ono and the two formed the Plastic Ono Band. Lennon was killed by a deranged fan outside his apartment building in New York on December 8, 1980.
Loading...
or support indie stores by buying on