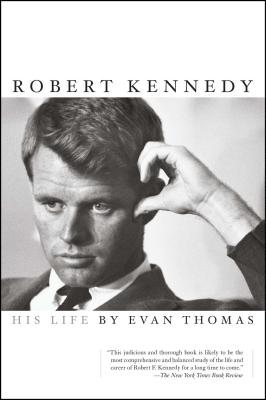 He was "Good Bobby," who, as his brother Ted eulogized him, "saw wrong and tried to right it . . . saw suffering and tried to heal it." And "Bad Bobby," the ruthless and manipulative bully of countless conspiracy theories. Thomas's unvarnished but sympathetic and fair-minded portrayal is packed with new details about Kennedy's early life and his behind-the-scenes machinations, including new revelations about the 1960 and 1968 presidential campaigns, the Cuban Missile Crisis, and his long struggles with J. Edgar Hoover and Lyndon Johnson.

Evan Thomas is the author of numerous books, including The Very Best Men: Four Who Dared: The Early Years of the C.I.A.; Robert Kennedy: His Life; The War Lovers: Roosevelt, Lodge, Hearst and the Rush to Empire, 1989; Sea of Thunder: The Last Great Naval Command, 1941-1945; and John Paul Jones.
Loading...
or support indie stores by buying on