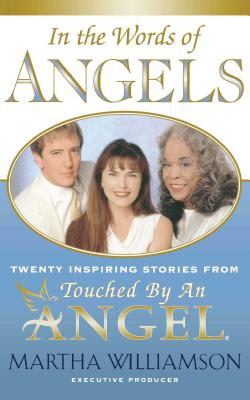 In the Words of Angels

Twenty Inspiring Stories from Touched by an Angel

The hit television show Touched By An Angel offers more than entertainment -- it also offers encouragement. Each week Monica, Tess, and Andrew meet people who, like most of us, hunger for purpose, strength, and inspiration. Now the show's warmth and wisdom are available in this treasury of stories, In the Words of Angels. Each thought-provoking, life-affirming story in this volume is based directly on an episode of the show, many of which were written by acclaimed Executive Producer Martha Williamson. Tackling the most difficult topics of our times, the stories are alternately heartbreaking and heartwarming. Like the beloved television show, In the Words of Angels proves the power of words can change lives forever.

Martha Williamson is the award-winning Executive Producer and Head Writer of the groundbreaking CBS hit Touched By An Angel, now in its eighth season, and creator/executive producer of Promised Land, which had a successful three-year run on the network. In addition to her twenty-year career in television drama, comedy, and variety, she is a popular author and speaker. She lives in Los Angeles with her husband, Jon Andersen, and daughter, Isabel.
Loading...
or support indie stores by buying on