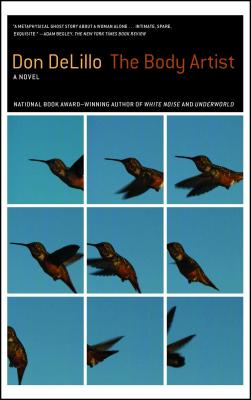 A stunning novel by the bestselling National Book Award–winning author of White Noise and Underworld.

Since the publication of his first novel Americana, Don DeLillo has lived in the skin of our times. He has found a voice for the forgotten souls who haunt the fringes of our culture and for its larger-than-life, real-life figures. His language is defiantly, radiantly American.

In The Body Artist his spare, seductive twelfth novel, he inhabits the muted world of Lauren Hartke, an artist whose work defies the limits of the body. Lauren is living on a lonely coast, in a rambling rented house, where she encounters a strange, ageless man, a man with uncanny knowledge of her own life. Together they begin a journey into the wilderness of time, love and human perception.

The Body Artist is a haunting, beautiful and profoundly moving novel from one of the finest writers of our time.

Praise For The Body Artist: A Novel…

Malcolm Jones Newsweek The work of a masterful writer.

Gail Caldwell The Boston Globe Eerie and sometimes discomfiting...DeLillo achieves a creepily hypnotic effect with his stark, probing prose....A glimpse at the desolate landscape that all of us inhabit and where no one else is.