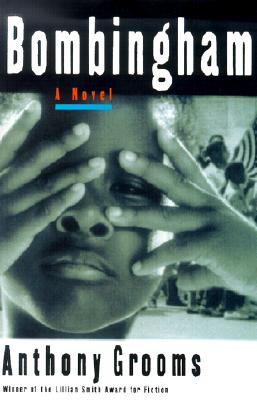 From the war-torn rice fields of Vietnam to the riot-filled streets of Birmingham, Alabama, "Bombingham is the affecting story of a middle-class black family riven by its personal chaos. When Walter Burke is faced with writing a letter to the parents of a fallen friend and fellow soldier, he is taken back to his childhood amidst the Civil Rights Movement. From it, he recalls the segregated city, the fledgling movement, and the momentous responsibility to act.

Walter reflects on how he and his family were challenged by the swelling resistance to the horrific realities of segregation in a city where little girls could be bombed in church and their fathers jailed for just looking at a white person in the wrong way. The parents' sense of security is increasingly threatened, while the children are forced to make moral decisions that portend grave consequences.

As Walter struggles to make sense of his presence in Vietnam, he wonders if the victory of the movement meant nothing more than being sent into a battlefield of another kind. Joining two pivotal periods in the American experience, this beautifully written novel from the winner of the 1996 Lillian Smith Award for Fiction makes an important contribution to our understanding of the period.

With wry humor and haunting description, it is a portrait of the wonder and the terror of childhood in a time when ordinary citizens risked their lives to change America. By turns both reflective and dramatic, Grooms chronicles the events of the Civil Rights Movement and the Vietnam War through the heightened perspective of a narrator who struggles to find the meaning of his role in both events. "Bombingham is a moving testament to thepower of responsibility and faith in the face of tragedy.