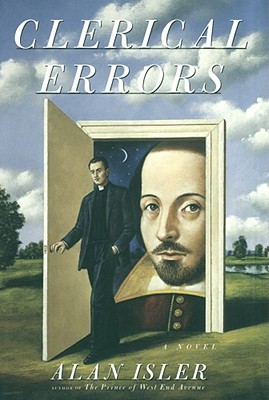 Aside from his blatant lack of piety -- and the fact that he's Jewish -- Father Edmond Music could have been a model priest. Now, entrenched at an English estate with a vast library, he would rather pursue a decades-old liaison with his housekeeper than crack down on his assistant's dial-a-confession phone ministry, or, more important, investigate the whereabouts of a rare Shakespeare text gone missing on his watch.
Then, out of nowhere, penance comes due. His car is found totaled (possibly by Vatican hit men), his annoying archrival of the cloth is looking to nail him as a thief, and the once-passionate housekeeper is lapsing into religious fervor. With his forty-year idyll falling apart, Edmond can no longer ignore the danger of the present, or the echoes of his buried past.
National Jewish Book Award-winning author Alan Isler delivers a hilarious and touching literary homily, confirming his unique gift for mingling comedy and tragedy in this deeply moving exploration of faith, love, and identity.

Alan Isler was born in London in 1934. He taught English literature in New York City for twenty-five years. His first novel, The Prince of West End Avenue, won the 1994 National Jewish Book Award and was one of five fiction finalists for the National Book Critics Circle Award. He is also the author of Kraven Images and The Bacon Fancier: Four Tales. He lives in New York City and Sag Harbor.
Loading...
or support indie stores by buying on