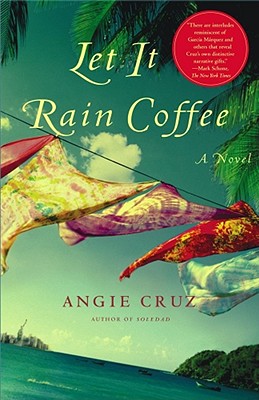 Angie Cruz has established herself as a dazzling new voice in Latin American fiction, her writing compared to Gabriel García Márquez's by The Boston Globe. Now, with humor, passion, and intensity, she reveals the proud members of the Colón family and the dreams, love, and heartbreak that bind them to their past and the future.

Esperanza risked her life fleeing the Dominican Republic for the glittering dream she saw on television, but years later she is still stuck in a cramped tenement with her husband, Santo, and their two children, Bobby and Dallas. She works as a home aide and, at night, hides unopened bills from the credit card company where Santo won't find them when he returns from driving his livery cab.

When Santo's mother dies and his father, Don Chan, comes to Nueva York to live out his twilight years with the Colóns, nothing will ever be the same. Don Chan remembers fighting together with Santo in the revolution against Trujillo's cruel regime, the promise of who his son might have been, had he not fallen under Esperanza's spell.

Let It Rain Coffee is a sweeping novel about love, loss, family, and the elusive nature of memory and desire.

Angie Cruz was born and raised in the Washington Heights section of New York City. She is a graduate of SUNY Binghamton and received her MFA from New York University. Her fiction and activist work have earned her the New York Foundation of the Arts Fellowship, the Barbara Deming Memorial Fund Award, and the Bronx Writers' Center Van Lier Literary Fellowship. Cruz lives in New York City. She is the author of Soledad.
Visit the author at www.angiecruz.com.

Praise For Let It Rain Coffee: A Novel…

"She is a writer of grace and true grit, an uncommon and laudable combination of gifts."

"Angie Cruz's Let It Rain Coffee is a stunning sweep of history, memory, and fantasy that demonstrates a talent unmatched by any other young writer."