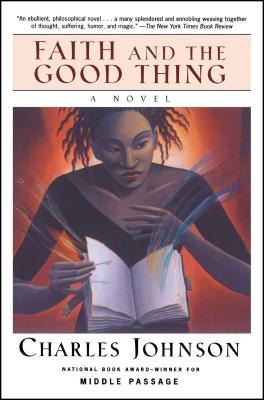 Faith And The Good Thing

Faith Cross, a beautiful and purely innocent young black woman, is told by her dying mother to go and get herself "a good thing." Thus begins an extraordinary pilgrim's progress that takes Faith from the magic and mysticism of the rural South to the promises and perils of modern-day Chicago. It is an odyssey that propels Faith from the degradation of prostitution, drugs, and drink into a faceless middle-class reality, and finally into a searing tragedy that ironically leads to the discovery of the real Good Thing. National Book Award-winner Charles Johnson's first novel, originally published in 1974, puts the life-affirming soul of the African-American experience at the summit of American storytelling.

Praise For Faith And The Good Thing…

The New York Times Book Review An ebullient, philosophical novel...a many splendored and ennobling weaving together of thought, suffering, humor, and magic.

The Washington Post A brilliant novel of allegory, myth, and folk tales, and a vivid realism, very much in the American tradition...It is a novel of rare eloquence and originality, a fable that entertains and informs.

Black World One of the great American novels of this century...unqualifiedly good and extraordinarily beautiful.