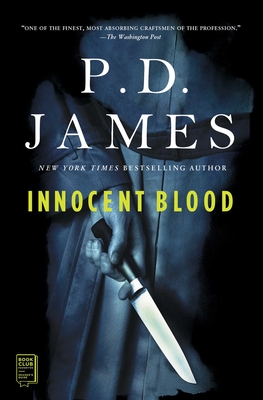 Adopted as a child into a privileged family, Philippa Palfrey fantasizes that she is the daughter of an aristocrat and a parlor maid. The terrifying truth about her parents and a long-ago murder is only the first in a series of shocking betrayals. Philippa quickly learns that those who delve into the secrets of the past must be on guard when long-buried horrors begin to stir.
"As a crime novel," wrote the London Times, Innocent Blood is "the peak of the art." "Flawlessly crafted...profoundly, masterfully moving," Cosmopolitan concurred.

"P. D. James has burst the bounds of her territory . . . and written a novel that is subtle, rich, allusive, and most cunningly plotted. . . . We are held in tingling suspense."
— The New York Times