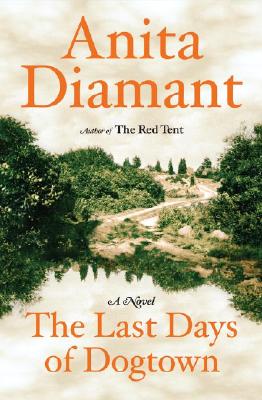 The Last Days of Dogtown (Hardcover)

A magnificent storyteller with vast imaginative range, Anita Diamant gave voice to the silent women of the Old Testament in "The Red Tent." Now, in her third novel, she brings to vivid life an early New England world that history has forgotten.

Set on Cape Ann in the early 1800s, "The Last Days of Dogtown" is peopled by widows, orphans, spinsters, scoundrels, whores, free Africans, and "witches." Nearly a decade ago, Diamant found an account of an abandoned rural backwater near the Massachusetts coastline at the turn of the nineteenth century. That pamphlet inspired a stunning novel about a small group of eccentrics and misfits, struggling in a harsh, isolated landscape only fifty miles north of Boston, yet a world away.

Among the inhabitants of Dogtown are Black Ruth, an African woman who dresses as a man and works as a stone mason; Mrs. Stanley, an imperious madam whose grandson, Sammy, comes of age in her rural brothel; Oliver Younger, who survives a miserable childhood at the hands of a very strange aunt; and Cornelius Finson, a freed slave whose race denies him everything. At the center of it all is Judy Rhines, a fiercely independent soul, deeply lonely, who nonetheless builds a life for herself and inspires those around her to become more generous and tolerant themselves.

This is a story of hardship and resilience -- and an extraordinary re-creation of an untold chapter of early American life. With a keen ear for language and profound compassion for her characters, Diamant has written her most moving and powerful novel.