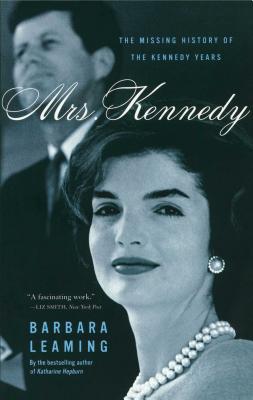 The Missing History of the Kennedy Years

Praise For Mrs. Kennedy: The Missing History of the Kennedy Years…

Leaming paints a moving portrait of Jackie as she tried valiantly to make her
marriage work and find a place for herself and her gifts.


Likely to become the definitive biography of the Kennedy marriage.

Barbara Leaming is the author of the critically acclaimed "Orson Welles" and the "New York Times" bestseller "Katharine Hepburn." Her articles have appeared in "Vanity Fair" and "The New York Times Magazine." She lives in Connecticut.
Loading...
or
Not Currently Available for Direct Purchase