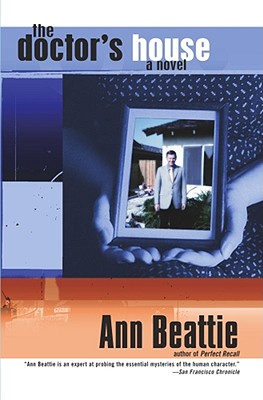 An impeccable ear for language, an eye for the smallest shifts in the cultural landscape, and a preternatural understanding of motivation and behavior—Ann Beattie's renowned storytelling abilities are on dazzling display in The Doctor’s House.

The novel opens to Nina’s account of her brother’s sexual appetites and betrayals, and leads into her mother’s narrative. As new shadows and light are cast on Nina’s story, painful secrets of life in her father’s house—the doctor’s house—emerge. In the dramatic third movement, the brother gives us his perspective. Through subtle shifts, The Doctor’s House chronicles the fictions three people fabricate in order to survive their lives and showcases the keen observances of family and culture that have made Beattie one of our most admired voices.

Praise For The Doctor's House: A Novel…

San Francisco Chronicle Ann Beattie is an expert at probing the essential mysteries of the human character.

Los Angeles Times Ann Beattie's prose is gentle, spare, and incisive....She has loosed a monster in The Doctor's House.

Newsday Authors as varied as Russell Banks and Sue Miller have taken the measure of dysfunctional families in recent years. But not since Albee and Pinter has a domestic scene been subjected to such ferocious, pitiless examination. Beattie makes us read on nonetheless, avid to hear the voices cry out their bitter truths.