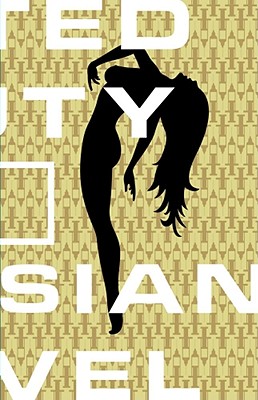 With his dark wit and corrosive dialogue, Eric Bogosian tells a powerful and emotionally wrenching tale of two lovers who form a mesmerizing and destructive bond while trying to evade the looming failure of their respective lives.

Reba runs away from her shabby and desolate rural community for the lure of New York City. Her tall and awkward frame lands her work modeling, but she is not prepared for the glamorous, drug-fueled life of a celebrated mannequin. After a series of painful relationships, she sees hope and an exit toward stability and sanity in the man who saves her brother's life.

This man is Rick, a successful SoHo general practitioner with a warm family and an idyllic life that has left him restless and hollow. He doesn't take Reba seriously until he finds himself so enmeshed in her beauty that he risks losing everything--his home, his children and his beloved wife.

Master monologist and author of the acclaimed Mall returns with a sprawling novel of urban desperation and desire that brings to mind the winding narratives of Tom Wolfe salted with the dark urges of Philip Roth. Wasted Beauty is Bogosian's enthralling journey through the high life of drugs and fashion celebrity, middle-class guilt and sexual obsession.

Eric Bogosian is the author of Mall, the plays Talk Radio, subUrbia and Griller, and the Obie Award-winning solo performances Drinking in America, Pounding Nails in the Floor with My Forehead and Sex, Drugs, Rock & Roll. He is the recipient of the Berlin Film Festival Silver Bear Award, a Drama Desk Award, and two NEA fellowships. An actor who has appeared in more than a dozen feature films and television shows, Bogosian lives in New York City.
Loading...
or
Not Currently Available for Direct Purchase