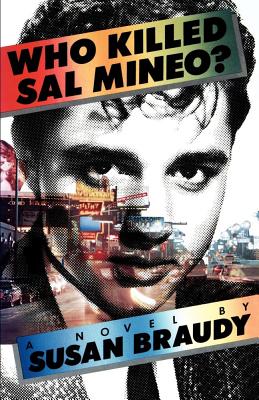 A New York journalist is pulled into the drama of Hollywood as she investigates the life and death of actor Sal Mineo in this historical fiction by Susan Braudy.

In the carport of his West Hollywood apartment, American actor Sal Mineo was stabbed in the heart by a mugger who fled the scene, presumably acting under homosexual motivation.

As she searches to fill in the gaps of his life and murder, Sara Martin, a New York journalist, is drawn into the glittering, highly charged homosexual milieu of Hollywood in this based-on-fact novel.

Susan Braudy is a Pulitzer nominated author, journalist, and former Vice President of East Coast Production at Warner Brothers. She was one of the first editors of the student/faculty magazine, The New Journal, at Yale. Currently, she is a member of the magazine’s advisory board. She is best known for her two non-fiction books, Between Marriage and Divorce: A Woman’s Diary and Family Circle: The Boudins and the Aristocracy of the Left.
Loading...
or support indie stores by buying on