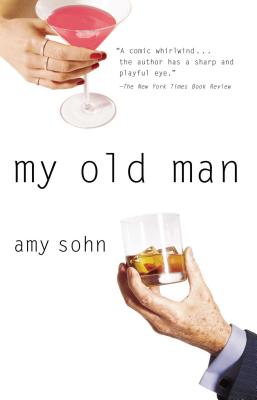 From the New York Times bestselling author Amy Sohn, one of New York City's most provocative columnists, comes a hip, contemporary novel about sex, sin, and living in the same neighborhood as your parents.
When twenty-six-year-old Rachel Block started rabbinical school, she didn't think she'd be dropping out after a semester and a half. But when a sick man dies under her counseling, she realizes she's not cut out for the rabbinate. To make ends meet, she takes a job as a bartender in her Brooklyn neighborhood--much to her parents' chagrin. It's the quintessential quarter-life crisis, compounded by the fact that she's still living just blocks from her childhood home.
Then Rachel falls in love with Hank Powell, an iconoclastic screenwriter twice her age. Suddenly she's reassessing her values, her surroundings, and everything she's ever thought about the right kind of relationship. Meanwhile, her interactions with her father, with whom she's always been close, have become increasingly strange. Is he distraught that she's dropped out of school? Is he having his own, midlife, crisis? Something's up...and Rachel's increasingly convinced it might be her father's libido.
With Rachel's own relationship getting wilder and weirder and her parents acting like teenagers, it seems that everyone in Cobble Hill is going crazy. A fresh spin on Philip Roth's Portnoy's Complaint, My Old Man is a black comedy about a dysfunctional Brooklyn family coming apart at the seams.

Amy Sohn's novels include Prospect Park West, Motherland, The Actress, and The Man Who Hated Women. Her articles have appeared in New York, Harper's Bazaar, Playboy, and The Nation. She lives in Brooklyn with her family.
Loading...
or support indie stores by buying on