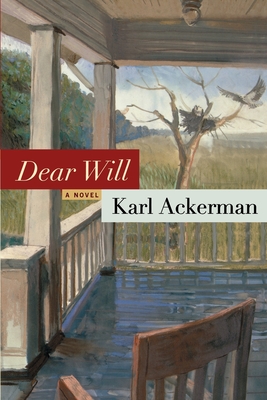 When he finally becomes the hot shot literary agent he’s always dreamed of being, life seems perfect to Will Gerard until he receives a letter from a young women who claims to be his biological daughter, sending him on a journey through his past as he reevaluates his prior relationships in search of the meaning of his life in this heart-warming romance from the author of The Patron Saint of Unmarried Women.

With a couple of high-profile sales and a glowing profile in The Washington Post, forty-one-year-old Will has finally become the impressive literary agent he has always wanted to be. With his newfound success comes a flood of mail in the form of unpublishable manuscripts and query letters, but one piece of mail he receives is different from all the others.

When a young girl writes Will telling him she believes he is her biological father, he is plunged into his past, starting with a childhood spent in Thailand during the Vietnam War and the girl he met while he was there, only to abandon her a few years later, who may just be the mother of Will’s potential daughter.

Just as he has a young women in his mailbox claiming to be his child, Will is wrapped up in another dialogue of fatherhood as the women of his dreams, Annie Leonard, whom he met six weeks prior, is childless and anxious to bear children herself.

Exploring the myths and challenges of modern romance and parenthood from a middle-aged man’s point of view, Dear Will is a comical, perceptive, and honest book about the families you are born into and the ones you create.

Karl Ackerman has worked in a variety of jobs in publishing, including bookseller, sales representative, editor, and reviewer. His first novel, The Patron Saint of Unmarried Women, was selected as a Notable Book of the Year by The New York Times. Ackerman also writes for documentary and feature films, and has published articles in a number of national publications, including Smithsonian magazine and USA TODAY. He lives with his wife, writer Jennifer Ackerman, and two daughters in Virginia.
Loading...
or support indie stores by buying on