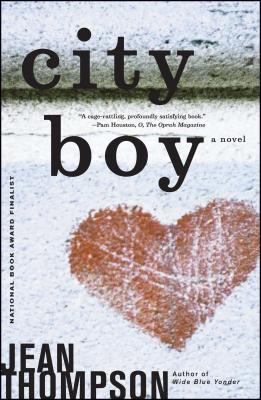 Newlyweds Jack and Chloe are building a life together in a modest Chicago apartment. The city is theirs to enjoy as Jack struggles to pursue a writing career and Chloe works downtown, applying herself to the world of high finance. While Jack aspires to be the perfect husband, his own self-doubts and Chloe's office flirtations cast shadows. Jealousy and mis-behavior undermine their notions of themselves and of each other, and their lives take on uncomfortable parallels with the volatile, chaotic existence of their raffish, menacing neighbors. In the intense heat of one Chicago summer, Jack and Chloe's marriage roils into a queasy chemistry of vanity, lust, and greed. Thompson writes with piercing insight and emotional truth, setting off literary fireworks.

Praise For City Boy: A Novel…

"The dark and punishing terrain of the broken human heart is flawlessly charted by Jean Thompson in City Boy."
-- Baltimore Sun