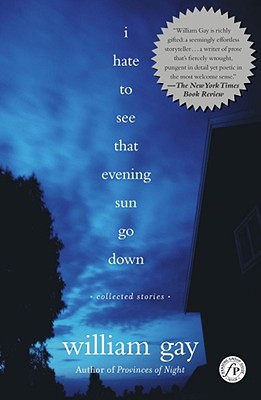 I Hate To See That Evening Sun Go Down

William Gay established himself as "the big new name to include in the storied annals of Southern Lit" (Esquire) with his debut novel, The Long Home, and his highly acclaimed follow-up, Provinces of Night. Like Faulkner's Mississippi and Cormac McCarthy's American West, Gay's Tennessee is redolent of broken souls. Mining that same fertile soil, his debut collection, I Hate to See That Evening Sun Go Down, brings together thirteen stories charting the pathos of interior lives. Among the colorful people readers meet are: old man Meecham, who escapes from his nursing home only to find his son has rented their homestead to "white trash"; Quincy Nell Qualls, who not only falls in love with the town lothario but, pregnant, faces an inescapable end when he abandons her; Finis and Doneita Beasley, whose forty-year marriage is broken up by a dead dog; and Bobby Pettijohn -- awakened in the night by a search party after a body is discovered in his back woods.
William Gay expertly sets these conflicted characters against lush backcountry scenery and defies our moral logic as we grow to love them for the weight of their human errors.

Praise For I Hate To See That Evening Sun Go Down: Collected Stories…

The Seattle Times One perfect tale follows another, leaving you in little doubt that Gay is a genuine poet of the ornery, the estranged, the disenfranchised, crafting stories built to last.

USA Today Every story is a masterpiece...in the Southern tradition of Carson McCullers, Flannery O'Connor, and William Faulkner.