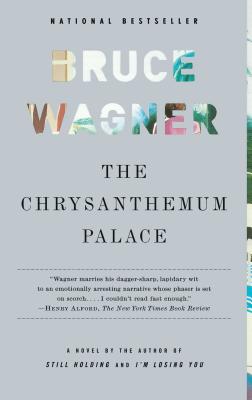 Bertie Krohn, only child of Perry Krohn -- creator of TV's longest running space opera, Starwatch: The Navigators -- recounts the story of the last months in the lives of his two friends: Thad Michelet, author, actor, and son of a literary titan; and Clea

Freemantle, emotionally fragile daughter of a legendary movie star. Scions of entertainment greatness, they call themselves the Three Musketeers. As the incestuous clique attempts to scale the peaks claimed by their sacred yet monstrous parents during the filming of a Starwatch episode, Bertie scrupulously chronicles their futile struggles against the ravenous, narcissistic, and addicted Hollywood that claims them.

Praise For The Chrysanthemum Palace…

"[Wagner's] ability to eviscerate the absurdities of Hollywood, while occasionally hinting at its basic humanity, remains undiminished."
-- The New Yorker

"The Chrysanthemum Palace is both tender and tenderhearted. Also, and unexpectedly, this is a very funny book.... If The Great Gatsby were set in contemporary Hollywood, it might look a lot like The Chrysanthemum Palace. These are Americans, ensnared by their fate but gallant and brave to the end."
-- Carolyn See, The Washington Post