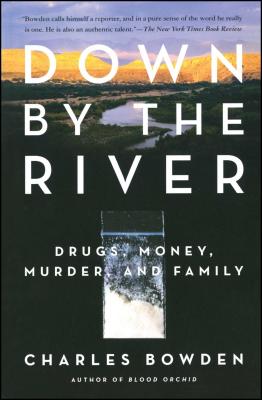 Down by the River (Paperback)

Lionel Bruno Jordan was murdered on January 20, 1995, in an El Paso parking lot, but he keeps coming back as the key to a multibillion-dollar drug industry, two corrupt governments -- one called the United States and the other Mexico -- and a self-styled War on Drugs that is a fraud. Beneath all the policy statements and bluster of politicians is a real world of lies, pain, and big money.
Down by the River is the true narrative of how a murder led one American family into this world and how it all but destroyed them. It is the story of how one Mexican drug leader outfought and outthought the U.S. government, of how major financial institutions were fattened on the drug industry, and how the governments of the U.S. and Mexico buried everything that happened. All this happens down by the river, where the public fictions finally end and the facts read like fiction. This is a remarkable American story about drugs, money, murder, and family.

Praise For Down by the River: Drugs, Money, Murder, and Family…

The New York Times Book Review Bowden calls himself a reporter, and in a pure sense of the word he really is one. He is also an authentic talent.


Chicago Tribune An extraordinary book -- daring, genre-bending, literary, and wise...an intimate and excruciating portrait of the way murder-borne grief can tear a family to ribbons. It is also as fresh and damning an indictment of the drug war as you're likely to read.


Entertainment Weekly Full of sick ironies, stranger-than-fiction anecdotes, and beautifully bare-knuckle prose, Down by the River is a tragic account of corruption and collusion writ large.


The New Yorker Brutal and brilliantly reported...remarkably vivid...captures the way greed, ethnicity, and an old-school emphasis on honor interact to create a world in which violence is the only constant.