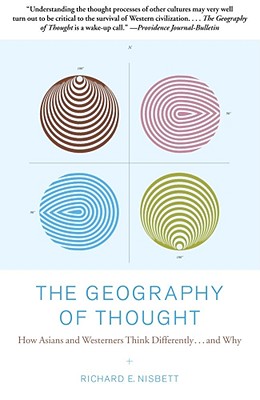 The Geography of Thought

Richard E. Nisbett, PhD, has taught psychology at Yale and currently teaches at the University of Michigan, where he is the Theodore M. Newcomb Distinguished University Professor. He has received the Distinguished Scientific Contribution Award of the American Psychological Association, the William James Fellow Award of the American Psychological Society, and, in 2002, a John Simon Guggenheim Foundation Fellowship. He is the author and editor of several university press titles. He lives in Ann Arbor, Michigan.
Loading...
or support indie stores by buying on