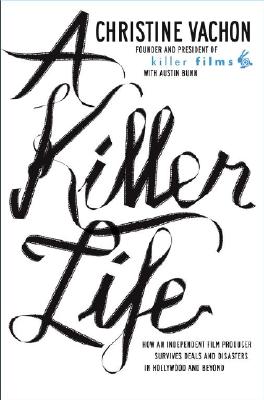 Here is an account of a filmmaker who looks straight into the eye of the Hollywood blockbuster storm and dares not to blink.

In "A Killer Life," Christine Vachon follows up her independent producing handbook, "Shooting to Kill," with a behind-the-scenes memoir of the battle between creativity and commerce -- and a renegade's rise to being one of the most powerful female producers in independent film today.

"A Killer Life" traces the early years Vachon spent producing such controversial and critically acclaimed movies as "Poison, Happiness," and "Kids," films that paved the way for Academy Award-winning triumphs like "Boys Don't Cry." She recounts the birth and rise of independent film and the evolution of her company, Killer Films, revealing the stories behind star castings and firings and films that never got made; how sexuality factors into the films she produces; and how the often lethal combination of finance and creativity affects what we see on the big screen.

Intelligent and tough as nails, but endearingly self-effacing, Vachon's account of her filmmaking experiences, and the successes and failures that have made Killer Films one of the few truly independent film companies in New York, is a thoroughly entertaining and thought-provoking read for filmmakers and fans alike.