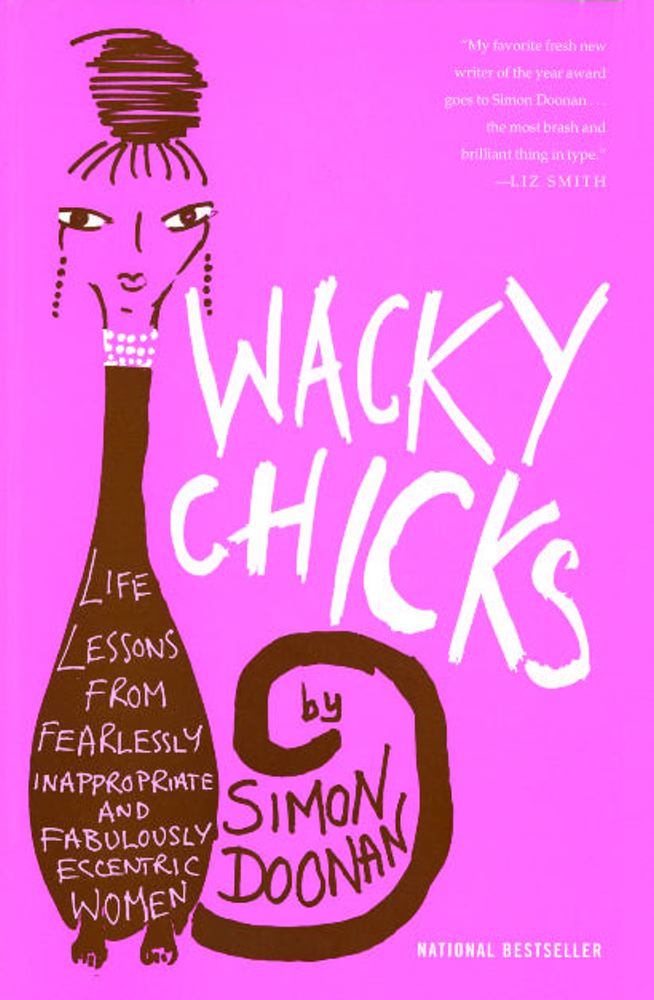 In his bestselling Wacky Chicks, irreverent social commentator and humor writer Simon Doonan introduces readers to a bracing cross section of exuberantly unconventional women: comedienne Amy Sedaris; fashion designer turned park ranger Spider Fawke; Warhol muse Brigid Berlin; Suzanne Bartsch, the woman who showed Madonna how to vogue; and many more. Distinguished primarily by their wild originality and rule-breaking chutzpah, these women defy rules, shape the cultural landscape, and enrich the world. They are about as diverse a flock as you can imagine, but all of them are Belligerent, Resilient, Uninhibited, Naughty, Creative, and Hilarious (B.R.U.N.C.H. for short). In a word, they are Wacky, and they are ready to enlighten you. A book that pays tribute to the wild and unstoppable female in each of us, Wacky Chicks is the ultimate guide to embracing your inner rebel.

Simon Doonan is the bestselling author of Wacky Chicks and Confessions of a Window Dresser. In addition to his role as creative director of Barneys New York, Simon writes the "Simon Says" column for The New York Observer. He frequently contributes observations and opinions to myriad other publications and television shows. He is a regular commentator on VH1, the Trio network, and Full Frontal Fashion. He lives in New York City with his partner, Jonathan Adler, and his Norwich terrier, Liberace.

"My favorite fresh new writer of the year award goes to Simon Doonan...the most brash and brilliant thing in type."
-- Liz Smith

"[Doonan is] a postfeminist writer cloaked in the drag of a sly fashion insider."
-- The New York Times

"Simon Doonan is not just a brilliant artist, he is also a keen observer of the most wacky, insane pockets of our society. As a woman I applaud him, as a reader I laugh with him, and as a book buyer I can tell you Wacky Chicks is worth paying retail for."
-- Joan Rivers

"A rollicking ride through the loud, controversial, dramatic, and utterly engrossing lives of our society's most noteworthy Auntie Mames."
-- Gotham
or support indie stores by buying on
Copyright © 2020 American Booksellers Association