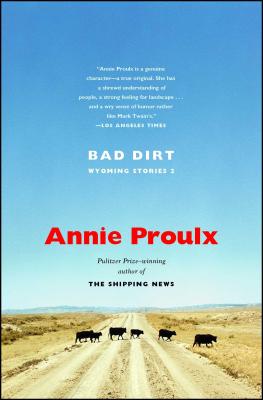 Pulitzer Prize and National Book Award winner Annie Proulx returns with another stellar collection of short stories bound to be even more successful than her bestselling, critically acclaimed Close Range.

Annie Proulx’s new collection is peopled by characters who struggle with circumstances beyond their control. Born to ranching, drawn to it, or desperate to get out, they inhabit worlds that are isolated and often dangerous. Trouble comes at them from unexpected angles, and they drive themselves through it, hardheaded and resourceful. No one writes better than Proulx about the American west and about lives that may no longer be viable. This is a stunning collection by one of the most vivid and exhilarating writers of our time.

"Proulx renews the Western tradition of the short story as the tall tale....[She] does a matchless job of summing up the human comedy of the modern West."
-- Time

"Like Flannery O'Connor and William Faulkner, Proulx has found a tone and style of delivery that allow her to be humorous and existentially black at the same time. No other writer in America gets away with this combination."
-- Denver Post

"Annie Proulx is a genuine character -- a true original. She has a shrewd understanding of people, a strong feeling for landscape...and a wry sense of humor rather like Mark Twain's."
-- Los Angeles Times