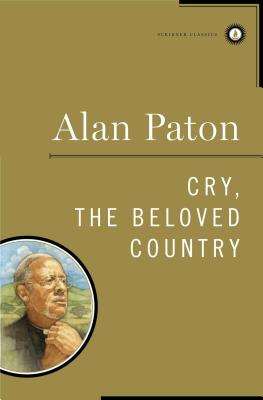 “The greatest novel to emerge out of the tragedy of South Africa, and one of the best novels of our time.” —The New Republic

“A beautiful novel…its writing is so fresh, its projection of character so immediate and full, its events so compelling, and its understanding so compassionate that to read the book is to share intimately, even to the point of catharsis, in the grave human experience.” —The New York Times

An Oprah Book Club selection, Cry, the Beloved Country, was an immediate worldwide bestseller when it was published in 1948. Alan Paton’s impassioned novel about a black man’s country under white man’s law is a work of searing beauty.

Cry, the Beloved Country, is the deeply moving story of the Zulu pastor Stephen Kumalo and his son, Absalom, set against the background of a land and a people riven by racial injustice. Remarkable for its lyricism, unforgettable for character and incident, Cry, the Beloved Country is a classic work of love and hope, courage and endurance, born of the dignity of man.

Alan Paton, a native son of South Africa, was born in Pietermaritzburg, in the province of Natal, in 1903. Paton's initial career was spent teaching in schools for the sons of rich, white South Africans, But at thirty, he suffered a severe attack of enteric fever, and in the time he had to reflect upon his life, he decided that he did not want to spend his life teaching the sons of the rich. He got a job as principal of Diepkloof Reformatory, a huge prison school for delinquent black boys, on the edge of Johannesburg. He worked at Diepkloof for ten years, and at the end of it Paton felt so strongly that he needed a change, that he sold his life insurance policies to finance a prison-study trip that took him to Scandinavia, England, and the United States. It was during this time that he unexpectedly wrote his first published novel, Cry, the Beloved Country. It stands as the single most important novel in South African literature. Alan Paton died in 1988 in South Africa.
Loading...
or support indie stores by buying on