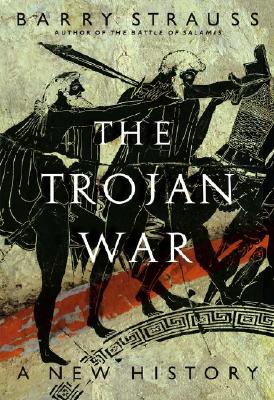 The Trojan War is the most famous conflict in history, the subject of Homer's Iliad, one of the cornerstones of Western literature. Although many readers know that this literary masterwork is based on actual events, there is disagreement about how much of Homer's tale is true. Drawing on recent archeological research, historian and classicist Barry Strauss explains what really happened in Troy more than 3,000 years ago.

For many years it was thought that Troy was an insignificant place that never had a chance against the Greek warriors who laid siege and overwhelmed the city. In the old view, the conflict was decided by duels between champions on the plain of Troy. Today we know that Troy was indeed a large and prosperous city, just as Homer said. The Trojans themselves were not Greeks but vassals of the powerful Hittite Empire to the east in modern-day Turkey, and they probably spoke a Hittite-related language called Luwian. The Trojan War was most likely the culmination of a long feud over power, wealth, and honor in western Turkey and the offshore islands. The war itself was mainly a low-intensity conflict, a series of raids on neighboring towns and lands. It seems unlikely that there was ever a siege of Troy; rather some sort of trick -- perhaps involving a wooden horse -- allowed the Greeks to take the city.

Strauss shows us where Homer nods, and sometimes exaggerates and distorts, as well. He puts the Trojan War into the context of its time, explaining the strategies and tactics that both sides used, and compares the war to contemporary battles elsewhere in the eastern Mediterranean. With his vivid reconstructions of the conflict and his insights into the famous characters and events of Homer's great epic, Strauss masterfully tells the story of the fall of Troy as history without losing the poetry and grandeur that continue to draw readers to this ancient tale.