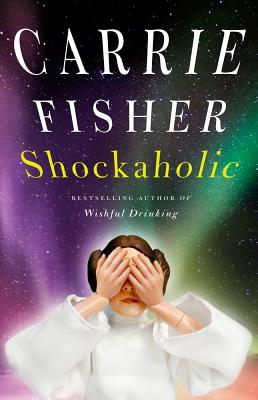 Carrie Fisher (1956-2016) became a cultural icon as Princess Leia in the first Star Wars trilogy. She starred in countless films, including Shampoo and When Harry Met Sally. She is the author of Shockaholic; Wishful Drinking (which became a hit Broadway production); and four bestselling novels, Surrender the Pink, Delusions of Grandma, The Best Awful, and Postcards from the Edge.

"Fisher is a girl who knows how to tell a story . . . she can make us laugh, she can make us cringe, but she can also teach a great deal about the power of forgiveness."—People (4-star review)

“[Fisher] never lets herself veer into woe-is-me-ism. With charming shamelessness, she conducts a brisk and witty tour of her life, delivering up her tragedies as a nonstop laugh riot.”—Elle

“There's no such thing as TMI in Carrie Fisher's world, and that's why we're hooked on her new memoir, Shockaholic.”—Ladies' Home Journal


“Fisher is, at her core, a very good writer who's able to keep us entertained. Fisher deserves praise for being up front about the [electroshock] therapy…If she wants to keep talking, we'll keep listening.”—Los Angeles Times

[Shockaholic] stands out beautifully from what has become the madding memoir crowd."—Buffalo News

"Carrie Fisher goes from pathos to punch line with a flick of her wit." —Louisville Courier-Journal

“Carrie Fisher is able to deliver a sage, self-deprecating tour of addiction, bipolar disorder, and her experiences with ECT (Electro-Convulsive Therapy) in a way that leaves readers feeling like she's your funny, cynical, down-to-earth BFF.” —BUST

"Fisher is a writer, an observer, and a keen one at that. Her way with words, even though she claims electroshock treatments have made her forget many of them, is raw and raucous."—Booklist

“Fisher writes with razor-sharp wit that is acerbic, insightful, and contemplative, all laced with a tenderness that will disarm even the most cynic reader.”—TucsonCitizen.com

“Princess Leia Amidala Skywalker Solo strikes again . . . The one-liners keep coming and the temptation is to conclude that all this Gemutlichkeit is distancing behavior, but leave that to her army of shrinks and Dr. Feelgoods and just enjoy the ride.”—ShelfAwareness.com

“Shockaholic is shocking, but it's the emotional depths that are charged under the therapy's push that really makes this an interesting read.” —BookReporter.com

"For those who are partial to Fisher's sharp and acerbic take on things, her sense of the absurd clearly derived from firsthand experience, Shockaholic . . . doesn't disappoint."—Blogcritics.org

“Shockaholic is a breeze to read: fast-paced and clever, funny enough to make you laugh aloud, and short enough to be read in one sitting. But the moments of insight, of clarity, of vulnerability that Fisher shares with the reader in her characteristically straightforward manner remain long after the last lovely bon mot.”—LitReactor.com

"Fisher is a storyteller, very happy to make jokes at her own expense . . . Shockaholic will only enhance her reputation as Hollywood's unofficial amateur therapist."—The Guardian (London)

"Plenty more weird episodes are packed into [Carrie Fisher's] latest memoir, Shockaholic. . . . Some of the stories are heartbreakingly sad, yet Fisher makes them laugh-out-loud funny on the page."—Sunday Sun (UK)

"Modern American literature has an enviable tradition of wisecracking dames nursing broken hearts or fragile psyches dating back to Dorothy Parker. To that list we can add Carrie Fisher. . . . We are now well used to the kind of celebrity confessional which details the darker aspects of the celebrity lifestyle. It is to Fisher's credit that she has walked the same route with the kind of panache that makes us laugh."—The Telegraph (Belfast)

"Even if you're not a Star Wars fan, [Carrie Fisher] will have you laughing as she reveals her amazing experiences in Hollywood and beyond."—The Journal (UK)

“Fisher’s life certainly provides a wealth of colorful anecdotes. . . . But the real gold of the book comes in Fisher’s ruthlessly self-abnegating sense of humor.”—AVClub.com
or
Not Currently Available for Direct Purchase
Copyright © 2020 American Booksellers Association