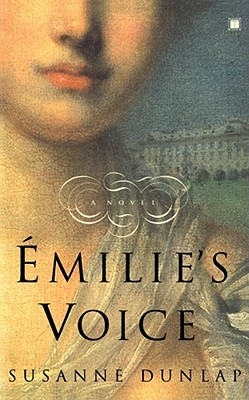 Set against the backdrop of Paris and the court of Versailles, milie's Voice introduces a young heroine of modest upbringing who possesses a special gift: the voice of an angel. When distinguished composer Marc-Antoine Charpentier hears milie's voice, he offers to instruct her in the art of singing with the ultimate goal of presenting her at the court of Louis XIV. Her head filled with dreams of elegant gowns, opulent jewels, and the thrill of someday performing in the great houses of Paris, she begins her training -- until a scheming noblewoman looking to unseat the king's official mistress interferes by preemptively bringing milie to Versailles.
There, amid royal pomp and splendor, she is swept up in dangerous palatial intrigues, becoming a pawn in aristocratic power games. But it is the passionate battle for control over her life and career waged between Charpentier and Louis XIV's official court composer, Jean-Baptiste Lully, that has far-reaching consequences for a girl on the verge of becoming a woman and a singer on the verge of becoming extraordinary.