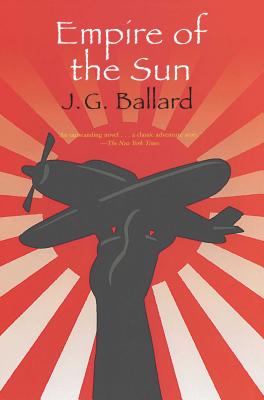 Empire of the Sun (Paperback)

The classic, award-winning novel, made famous by Steven Spielberg’s film, tells of a young boy’s struggle to survive World War II in China.

Jim is separated from his parents in a world at war. To survive, he must find a strength greater than all the events that surround him.

Shanghai, 1941—a city aflame from the fateful torch of Pearl Harbor. In streets full of chaos and corpses, a young British boy searches in vain for his parents. Imprisoned in a Japanese concentration camp, he is witness to the fierce white flash of Nagasaki, as the bomb bellows the end of the war...and the dawn of a blighted world.

Ballard’s enduring novel of war and deprivation, internment camps and death marches, and starvation and survival is an honest coming-of-age tale set in a world thrown utterly out of joint.

J.G. Ballard is the author of numerous books, including Concrete Island, The Kindness of Women, and Crash. He is revered as one of the most important writers of fiction to address the consequences of twentieth-century technology. He lives in England.

Praise For Empire of the Sun…

"A profound and moving work of the imagination."
-- Los Angeles Times Book Review