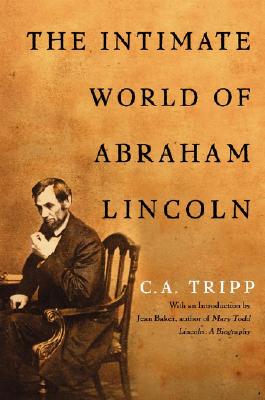 The Intimate World of Abraham Lincoln

The late C. A. Tripp, a highly regarded sex researcher and colleague of Alfred Kinsey, and author of the runaway bestseller "The Homosexual Matrix," devoted the last ten years of his life to an exhaustive study of Abraham Lincoln's writings and of scholarship about Lincoln, in search of hidden keys to his character. In "The Intimate World of Abraham Lincoln," completed just weeks before he died, Tripp offers a full examination of Lincoln's inner life and relationships that, as Dr. Jean Baker argues in the Introduction, "will define the issue for years to come." Throughout this riveting work, new details are revealed about Lincoln's relations with a number of men. Long-standing myths are debunked convincingly -- in particular, the myth that Lincoln's one true love was Ann Rutledge, who died tragically young. Ultimately, Tripp argues that Lincoln's unorthodox loves and friendships were tied to his maverick beliefs about religion, slavery, and even ethics and morals. As Tripp argues, Lincoln was an "invert": a man who consistently turned convention on its head, who drew his values not from the dominant conventions of society, but from within.

For years, a whisper campaign has mounted about Abraham Lincoln, focusing on his intimate relationships. He was famously awkward around single women. He was engaged once before Mary Todd, but his fiance e called off the marriage on the grounds that he was "lacking in smaller attentions." His marriage to Mary was troubled. Meanwhile, throughout his adult life, he enjoyed close relationships with a number of men. He shared a bed with oshua Speed for four years as a young man, and -- as Tripp details here -- he shared a bed with an army captainwhile serving in the White House, when Mrs. Lincoln was away. As one Washington socialite commented in her diary, "What stuff "

This study reaches far beyond a brief about Lincoln's sexuality: it is an attempt to make sense of the whole man, as never before. It includes an Introduction by Jean Baker, biographer of Mary Todd Lincoln, and an Afterword containing reactions by two Lincoln scholars and one clinical psychologist and longtime acquaintance of C.A. Tripp. As Michael Chesson explains in one of the Afterword essays, "Lincoln was different from other men, and he knew it. More telling, virtually every man who knew him at all well, long before he rose to prominence, recognized it. In fact, the men who claimed to know him best, if honest, usually admitted that they did not understand him." Perhaps only now, when conventions of intimacy are so different, so open, and so much less rigid than in Lincoln's day, can Lincoln be fully understood.