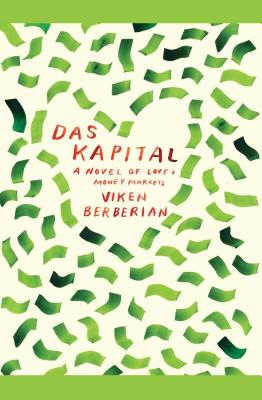 A novel of love and money markets

Moving seamlessly between the financial skyscrapers of New York and the crisp blue skies of Corsica and Marseille, Das Kapital is an extraordinary homage to Marx's seminal work for the twenty-first century. Wayne is the emblematic Wall Street trader: opportunistic, brash and driven. His position is something of a rarity; he bets against the market's rise, gambling vast quantities of money on the short sell and profiting hugely from the collapse of entire economies and cultures -- in short, from the dissolution of financial and social infrastructure on a global scale -- all from the remote comfort of his Gloomberg terminal.

Exquisitely written and infused with moments of irresistible humor, Das Kapital is a riveting story about capitalism and love, and the technology that controls them both.

Viken Berberian is a novelist and author of The Cyclist. He has written for The New York Times, the Financial Times and the Los Angeles Times. For the past five years he has lived and worked in Manhattan, Paris and Marseille.
Loading...
or support indie stores by buying on