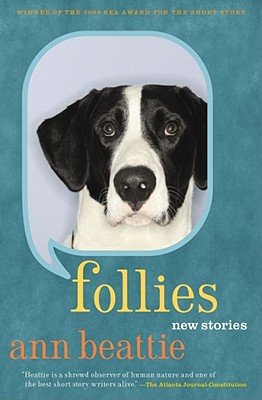 A four-time O. Henry Prize winner, Ann Beattie is a masterful observer of domestic relations and the idiosyncratic logic that governs human lives. In Follies, her most resonant collection, she looks at baby boomers in their maturity, sorting out their own lives and struggling with parents who are eccentric, unpredictable, and increasingly dependent. She is at the top of her form, writing with the vividness, compassion, and sometimes morbid wit that have made her one of the most influential writers of a generation.

"Beattie is a shrewd observer of human nature and one of the best short story writers alive." -- The Atlanta Journal-Constitution

"Ann Beattie is one of our era's most vital masters of the short form." -- The Washington Post Book World

"Beattie has a keen eye for love's fault lines, for our missed signals and hidden motives." -- More

"Beattie's style works brilliantly -- as, seeming only to report the events of an evening, she reveals the essence of her tale." -- The Atlantic Monthly

"The stories of Follies shine with the insights of time." -- Los Angeles Times