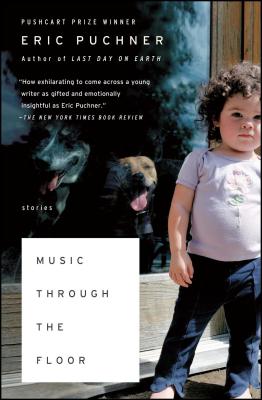 Music Through the Floor

Now in paperback, Eric Puchner's celebrated debut collection, a finalist for the New York Public Library's Young Lions Fiction Award, established him as one of our most brilliant and promising new literary voices.

Writing from an impressive range of perspectives -- men and women, children and adults, immigrants and tourists -- Puchner deftly exposes the dark, tender undersides of his characters with arresting beauty and precision. Here are people fumbling for identity in a dehumanizing world, captured in moments that are hilarious, shocking, and transcendent, sometimes all at once. Unfailingly true, surprisingly moving, and impossible to forget, these stories make up an extraordinary and strikingly original collection.

Praise For Music Through the Floor: Stories…

"Riveting...In this melodious collection, Puchner proves to be uncannily in tune with the heartbreak and absurdity of domestic life."

"An awe-inspiring debut that introduces readers to Puchner's great strength: the ability to chronicle the oddest of behaviors with a humane, unsparing voice."

"Stories with style, heft, and real endings...Puchner puts the story back in short story."

"This is the most auspicious debut of a short story collection that I have encountered in years....If there is any justice left in the world, this book will be widely read and celebrated."

-- Charles Baxter, author of The Feast of Love and Saul and Patsy

Eric Puchner is the author of the collection Music Through the Floor, a finalist for the California Book Award and the NYPL Young Lions of Fiction Award, and of the novel Model Home, a finalist for the PEN/Faulkner Prize. Eric is a former Stegner Fellow, a Pushcart Prize winner and winner of an award from the Academy of Arts and Letters. His work has appeared in many literary magazines and anthologies including Best American Short Stories, Zoetrope, Best American Non-Required Reading, Tin House, and Granta. His personal essays appear regularly in GQ, Medium, and elsewhere. Eric is a professor in the writing seminars at Johns Hopkins. He lives in Baltimore with his wife, the novelist Katharine Noel, and their two children.
Loading...
or support indie stores by buying on