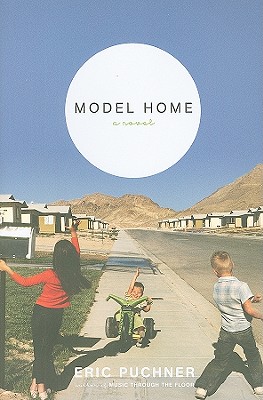 Eric Puchner’s Music Through the Floor was one of the best-received story collections in years. His debut novel, a sweeping yet intimate story of the American dream in remission, viewed through the microscope of a single family, proves yet again just “how exhilarating it is to come across a young writer as technically gifted and emotionally insightful as Eric Puchner” ( The New York Times Book Review )..

The Zillers—Warren, Camille, and their three children—live the good life in a gated Southern California neighborhood, but the sun-bright veneer hides a starker reality. As Warren desperately tries to conceal a failing real estate venture, his family falls prey to secrets and misunderstandings, both hilarious and painful, that open fault lines in their intimacy. Their misguided attempts to recover their former closeness, or find it elsewhere, lead them into late-night burglary, improbable romance, and strange acts of betrayal. When tragedy strikes, the Zillers are forced to move to one of the houses in Warren’s abandoned development in the desert. By turns tender and disturbing, irreverent and profound, Model Home is a masterful display of Eric Puchner’s prodigious gifts and penetrating insight—both into the American family and into the imperfect ways we try to connect..

“The only conclusion to come to after reading this novel is that Eric Puchner is a massive talent…Each character is perfectly drawn and deeply interesting. Go read this book.” --McSweeney’s

“Puchner’s well-constructed tale of a house of pain built on a foundation of secrets echoes Updike and Easton Ellis.” --People magazine, 4 stars

“Puchner is an extraordinarily talented writer... a master of mood and tone, able to make moments of pure hilarity follow heartbreak with the seamlessness of real life.”