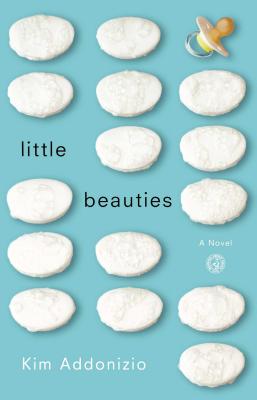 Diana McBride, a thirty-four-year-old former child pageant contender, now works in a baby store in Long Beach. Between dealing with a catastrophic haircut, the failure of her marriage, and phone calls from her alcoholic mother, Diana has gone off her OCD medication and is trying to cope via washing and cleaning rituals. When pregnant teenager Jamie Ramirez enters the store, Diana's already chaotic world is sent spinning.

Jamie can't stand being pregnant. She can't wait to get on with her normal life and give the baby up for adoption. But her yet-to-be-born daughter, Stella, has a fierce will and a destiny to fulfill. And as the magical plot of Little Beauties unfolds, these three characters' lives become linked in ever more surprising ways.

With a poet's ear for fresh, evocative language and a deft humor that exposes her characters' foibles, Addonizio perfectly captures the messiness and unexpected beauty of life.

Praise For Little Beauties: A Novel…

"A wonderfully optimistic, quirky testament to the power of chance encounters."

"I found myself rooting for them -- a neat trick for the novelist to pull off -- rooting for each, especially that new baby..."

Kim Addonizio is the author of several acclaimed poetry collections, including What Is This Thing Called Love and Tell Me, which was a finalist for the 2000 National Book Award. Her poetry and fiction have appeared widely in literary journals and anthologies, including The Paris Review, Microfiction, Narrative, The Mississippi Review, and others. The recipient of a Guggenheim Fellowship and two NEA grants, Addonizio lives in Oakland, California.
Loading...
or support indie stores by buying on