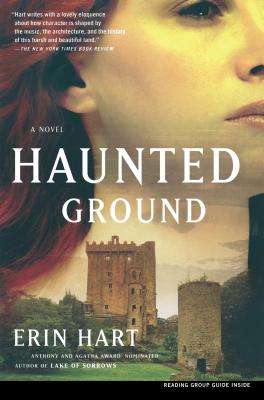 The dazzling, award-winning debut in a series that delivers mystery, romance, suspense, and fascinating forensic detail.

When farmers cutting turf in an Irish peat bog make a grisly discovery—the perfectly preserved head of a young woman with long red hair—Irish archaeologist Cormac Maguire and American pathologist Nora Gavin must use cutting-edge techniques to preserve ancient evidence. Because the bog’s watery, acidic environment prevents decay, it’s difficult to tell how long the red-haired girl has been buried—two years, two centuries, or even much longer.

Who is she? The extraordinary find leads to even more disturbing puzzles. The red-haired girl is not the only enigma in this remote corner of Galway. Two years earlier, Mina Osborne, the wife of a local landowner, went for a walk with her young son and vanished without a trace. Could they, too, be hidden in the bog’s treacherous depths, only to be discovered centuries from now? Or did Hugh Osborne murder his family, as some villagers suspect? Bracklyn House, Osborne’s stately home, holds many secrets, and Nora and Cormac's inquiries threaten to expose them all.

Praise For Haunted Ground: A Novel…

"Spooky and compelling...does for Galway what Sharyn McCrumb does for Appalachia."
-- Kirkus Reviews

"Out of the Irish mist and into the ancient bogs, Erin Hart spins a dark tale of gothic suspense fused with modern forensics. This bright new talent lays bare all the buried bones in a murderous tale of intrigue and betrayal."
-- Linda Fairstein, author of Entombed

"In Haunted Ground, the past is not buried underground, it lives and breathes. Erin Hart's beguiling debut novel probes the mysterious connections between the dead and living in a moody Irish song of innocent blood, shattered hearts, and life's unquenchable flow."
-- Perri O'Shaughnessy, author of Unlucky in Law

"Hart writes with a lovely eloquence about how character is shaped by the music, the architecture, and the history of this harsh and beautiful land."
-- The New York Times Book Review