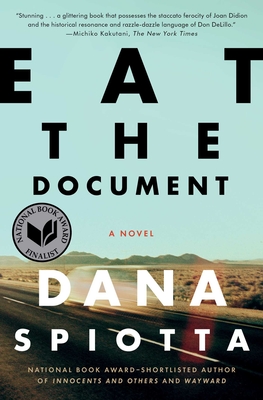 From the National Book Award nominated author of Innocents and Others and Wayward, a bold and moving novel that follows a fugitive radical from the 1970s who has lived in hiding for twenty-five years and explores themes of idealism, passion, sacrifice, and the cost of living a secret.

In the heyday of the 1970s underground, Bobby DeSoto and Mary Whittaker—passionate, idealistic, and in love —organize a series of radical protests against the Vietnam War. When one action goes wrong, the course of their lives is forever changed. The two must erase their past, forge new identities, and never see each other again.

Now it is the 1990s. Mary lives in the suburbs with her fifteen-year-old son, who spends hours immersed in the music of his mother's generation. She has no idea where Bobby is, whether he is alive or dead.

Shifting between the protests in the 1970s and the consequences of those choices in the 1990s, Dana Spiotta deftly explores the connection between the two eras—their language, technology, music, and activism. Dana Spiotta, "wonderfully observant and wonderfully gifted...with an uncanny feel for the absurdities and sadness of contemporary life" (The New York Times), has written a character-driven, brilliant, and riveting portrait of two eras and a revelatory novel about the culture of rebellion, with particular resonance now.

Praise For Eat the Document: A Novel…

Dana Spiotta is the author of Innocents and Others; Stone Arabia, A National Books Critics Circle Award finalist; and Eat the Document, a finalist for the National Book Award. Spiotta is a recipient of a Guggenheim Fellowship and the Rome Prize for Literature. Her most recent novel is Wayward. She lives in Syracuse, New York.
Loading...
or support indie stores by buying on