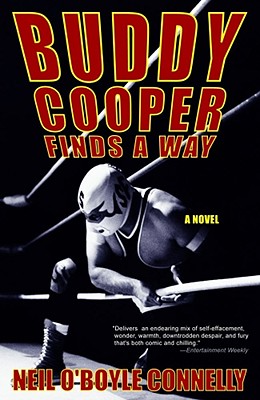 When you lose for a living, it's pretty hard to fail.

Once, like all of us, Buddy dreamt of success. He and his wife, Alix, had just bought a new place, not too far from the beach. Their daughter, Brook, was out of the hospital. And the fans were cheering him on as the Invincible Man, one of the rising stars of the Southeastern Wrestling Confederacy.

Then everything fell apart. An argument over Monday Night Football somehow crossed the line, Alix kicked him out, and Buddy moved in to the Motel 6. After that, winning just didn't seem right, so he traded in his golden cape for a latex mask and became one of the anonymous losers that fans love to hate. Every few weeks, he'd get a new mask, rechristen himself, and step into the ring to get beat all over again -- as the Grave Digger or the Widow Maker, the Deadbeat Dad or the Unknown Kentucky Terror. In the four years since the divorce, his record is 0-186, but that's okay by Buddy.

Free of mad notions like happiness and success, he pops pink pills to control his rage and copes with his insomnia by watching John Wayne westerns and QVC. He has his job, his apartment, his truck, his once-a-week visits with Brook. Life as a failure isn't that bad, or so he's convinced himself.

But now in an effort to boost pay-per-view ratings, Buddy's boss threatens a shake-up. As part of the plan, Buddy will have to end his safe days as a professional loser. He's actually slated to win a match. What he'll learn, though, is that like all new scripts, this one comes with its own cast and complications: a phone psychic living in fear, an alien-abductee with the secret to salvation, a championship match interrupted by a violent fanatic, what could be faith healings, and perhaps the most unlikely miracle of all -- a second chance to believe.

A touching and wonderfully unpredictable literary debut about a professional loser who's forced into a rematch with life, Buddy Cooper Finds a Way announces the arrival of a fresh and original voice in American fiction.