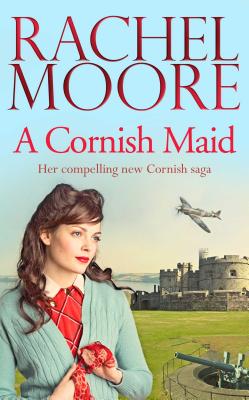 Amber Penry lives with her grandmother in a small Falmouth cottage. At the outbreak of WWII, their peaceful life is disrupted by Dolly Nash, a London evacuee, who is billeted with them for the duration of the war. Resentful and wary of one another at first, and as different as chalk and cheese, the two girls gradually become firm friends, a friendship which strengthens as the war drags on and the girls blossom into beautiful young women. But their friendship is to be put to the sternest of tests when both girls fall for the same man, Luke Gillam, a boat-builder's son. As the old jealousies and resentments re-surface, a furious confrontation seems inevitable.

Rachel S. Moore was named President and CEO of the Los Angeles Music Center in 2015. A former member of American Ballet Theatre's corps de ballet, Moore was named Executive Director of ABT in April 2004 and CEO in 2012. Prior to her appointment, she served as Director of Boston Ballet’s Center for Dance Education, Executive Director of Project STEP, and Managing Director of Ballet Theatre of Boston. She has also held senior positions with Americans for the Arts and the National Cultural Alliance, both in Washington, DC. As a teenager, she spent summers in New York City and trained on scholarship at the School of American Ballet and American Ballet Theatre School, before becoming a professional ballet dancer. She currently lives in Los Angeles, California with her husband, two Labradors, and four cats of suspect provenance.
or
Not Currently Available for Direct Purchase
Copyright © 2020 American Booksellers Association