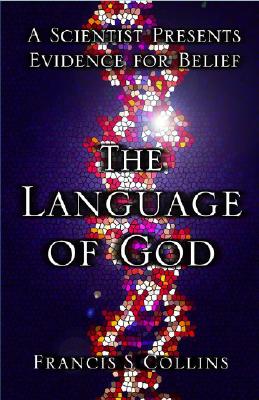 The Language of God

A Scientist Presents Evidence for Belief

Does science necessarily undermine faith in God? Or could it actually support faith? Beyond the flashpoint debates over the teaching of evolution, or stem-cell research, most of us struggle with contradictions concerning life's ultimate question. We know that accidents happen, but we believe we are on earth for a reason. Until now, most scientists have argued that science and faith occupy distinct arenas. Francis Collins, a former atheist as a science student who converted to faith as he became a doctor, is about to change that.

Collins's faith in God has been confirmed and enhanced by the revolutionary discoveries in biology that he has helped to oversee. He has absorbed the arguments for atheism of many scientists and pundits, and he can refute them. Darwinian evolution occurs, yet, as he explains, it cannot fully explain human nature -- evolution can and must be directed by God. He offers an inspiring tour of the human genome to show the miraculous nature of God's instruction book. Sure to be compared with C.S. Lewis's Mere Christianity, this is a stunning document, whether you are a believer, a seeker, or an atheist.