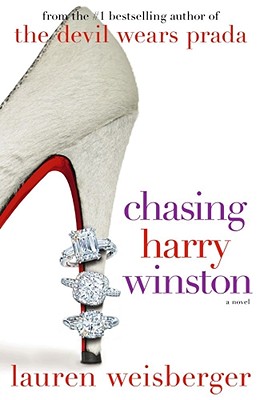 The bestselling author of The Devil Wears Prada and Everyone Worth Knowing returns with the story of three best friends who vow to change their entire lives...and change them fast.

Emmy is newly single, and not by choice. She was this close to the ring and the baby she's wanted her whole life when her boyfriend left her for his twenty-three-year-old personal trainer -- whose fees are paid by Emmy. With her plans for the perfect white wedding in the trash, Emmy is now ordering takeout for one. Her friends insist an around-the-world sex-fueled adventure will solve all her problems -- could they be right?

Leigh, a young star in the publishing business, is within striking distance of landing her dream job as senior editor and marrying her dream guy. And to top it all off, she has just purchased her dream apartment. Only when Leigh begins to edit the enfant terrible of the literary world, the brilliant and brooding Jesse Chapman, does she start to notice some cracks in her perfect life...

Adriana is the drop-dead-gorgeous daughter of a famous supermodel. She possesses the kind of feminine wiles made only in Brazil, and she never hesitates to use them. But she's about to turn thirty and -- as her mother keeps reminding her -- she won't have her pick of the men forever. Everyone knows beauty is ephemeral and there's always someone younger and prettier right around the corner. Suddenly she's wondering...does Mother know best?

These three very different girls have been best friends for a decade in the greatest city on earth. As they near thirty, they're looking toward their future...but despite all they've earned -- first-class travel, career promotions, invites to all the right parties, and luxuries small and large -- they're not quite sure they like what they see...

One Saturday night at the Waverly Inn, Adriana and Emmy make a pact: within a single year, each will drastically change her life. Leigh watches from the sidelines, not making any promises, but she'll soon discover she has the most to lose. Their friendship is forever, but everything else is on the table. Three best friends. Two resolutions. One year to pull it off.