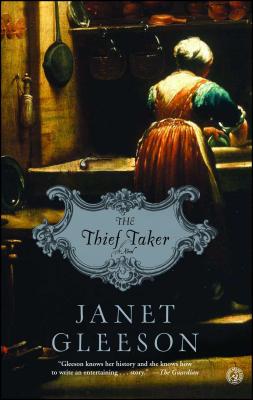 In the cellar there was no sound at all except her own breathing and the soft rustle of her skirts. After her eyes had grown accustomed to the dark, she noticed a niche in the wall a yard from where she stood. She saw something there about the size of her fist. Agnes quietly picked it up. It was wrapped in a cloth and surprisingly heavy. . . a pistol, the hilt filthy with mud and dirt. Suddenly she heard the chinking sound of glasses nearby. There was no mistaking the voices now. Before she had time to call out, another door creaked open and the pair emerged from the darkness.

Agnes Meadowes is cook to the Blanchards of Foster Lane, the renowned London silversmiths. Preparing jugged hare, oyster loaves, almond soup, and other delicacies for the family has given her a dependable life for herself and her son. But when the Blanchards' most prestigious commission, a giant silver wine cooler, is stolen and a young apprentice murdered, Theodore Blanchard calls on Agnes to investigate below stairs. Soon she is inside the sordid underworld of London crime, where learning the truth comes at a high price.

Janet Gleeson is the author of the bestseller The Arcanum, as well as Millionaire, The Grenadillo Box, and The Serpent in the Garden. She lives with her family in Dorset.
Loading...
or support indie stores by buying on