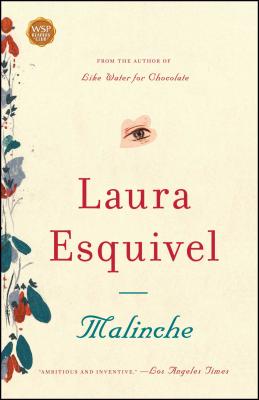 When Malinalli, a member of the tribe conquered by the Aztec warriors, first meets the conquistador Hernán Cortés and becomes his interpreter, she -- like many -- believes him to be the reincarnated forefather god of her tribe. Naturally, she assumes she must welcome him, and help him destroy the Aztec empire and free her people. The two fall passionately in love, but Malinalli soon realizes that Cortés's thirst for conquest is all too human, and that he is willing to destroy anyone, even his own men -- even their own love.

Praise For Malinche: A Novel…

"There's something gentle, mystical, yet strong about Laura Esquivel."
-- The Miami Herald

"Esquivel puts imaginative flesh on the bones of legend."
-- The Boston Globe

Laura Esquivel was born in Mexico City in 1950. Her first novel, Like Water for Chocolate, has sold more than four and a half million copies around the world and remained on the New York Times bestseller list for more than a year. She currently lives in Mexico.
Loading...
or
Not Currently Available for Direct Purchase