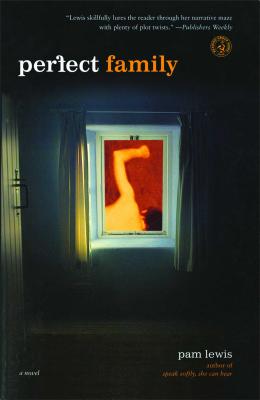 From the acclaimed author of Speak Softly, She Can Hear, a literary page-turner about a proper New England family and the dark secrets that undo them.

Pony Carteret -- the lovely headstrong youngest member of the Carteret family -- has always been a strong swimmer. So when she is discovered drowned at the family's summer home on Lake Aral, Vermont, her red hair tangled in an anchor chain and her baby abandoned on shore, her family is stunned by disbelief.

As the police conduct their investigation, Jasper Carteret, the patriarch, calls an urgent family meeting. Had any of her siblings known that Pony would be at the house that day? Was she having personal problems, was she depressed? Had she ever revealed the true identity of her baby's father? Neither sister -- Tinker, the family caretaker, nor Mira, the moody, thoughtful one -- has any information, and ultimately the police rule the drowning an accident.

But William Carteret, Pony's older brother, can't accept the explanation that his favorite sister's death was an accident. Determined to uncover the truth, he eventually learns the disturbing fact that a stranger had been present at the house the evening Pony died. Who was this man, what was he doing at the house, and why hasn't he stepped forward? As William digs deeper, his investigations quickly lead him to a new and more daunting series of questions, not only about the mysteries in Pony's life but also about the shadowy details of his deceased mother's past and even his own. Before long, he has opened a Pandora's box of family secrets, including one dangerous fact his mother has kept hidden for a generation.

Pam Lewis's Perfect Family is a masterful, atmospheric tale about the ways in which family secrets, no matter how long they're buried, can wield their tremendous power.

Praise For Perfect Family: A Novel…

" Pam Lewis's Perfect Family is a masterful, atmospheric tale about the ways in which family secrets, no matter how long they're buried, can wield their tremendous power." -- NewReads.com

"Lewis skillfully lures the reader through her narrative maze with plenty of plot twists." -- Publishers Weekly

"Pam Lewis is the literary equivalent of a forensic scientist. In her compelling second novel, Perfect Family, Lewis pulls the body of a beautiful young woman from a lake, then, layer by suspenseful layer, unpeels and reveals a well-to-do family's secrets, lies, and hidden heartaches. I was riveted." -- Wally Lamb, New York Times bestselling author of She's Come Undone, I Know This Much Is True, and The Hour I First Believed

Pam Lewis lives in rural Connecticut with her husband, Rob Funk. Since 1991, she has worked as a freelance writer of business and marketing communications. She is the author of the novels Perfect Family and Speak Softly, She Can Hear and her short fiction has appeared in The New Yorker and various literary magazines.
Loading...
or support indie stores by buying on