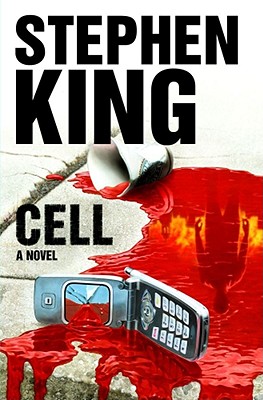 From international bestseller Stephen King, a high-concept, ingenious and terrifying story about the mayhem unleashed when a pulse from a mysterious source transforms all cell phone users into homicidal maniacs.

On October 1, God is in His heaven, the stock market stands at 10,140, most of the planes are on time, and Clayton Riddell, an artist from Maine, is almost bouncing up Boylston Street in Boston. He’s just landed a comic book deal that might finally enable him to support his family by making art instead of teaching it. He’s already picked up a small (but expensive!) gift for his long-suffering wife, and he knows just what he’ll get for his boy Johnny. Why not a little treat for himself? Clay’s feeling good about the future.

That changes in a hurry. The cause of the devastation is a phenomenon that will come to be known as The Pulse, and the delivery method is a cell phone. Everyone’s cell phone. Clay and the few desperate survivors who join him suddenly find themselves in the pitch-black night of civilization’s darkest age, surrounded by chaos, carnage, and a human horde that has been reduced to its basest nature...and then begins to evolve.

There’s really no escaping this nightmare. But for Clay, an arrow points home to Maine, and as he and his fellow refugees make their harrowing journey north they begin to see crude signs confirming their direction. A promise, perhaps. Or a threat...

There are 193 million cell phones in the United States alone. Who doesn’t have one? Stephen King’s utterly gripping, gory, and fascinating novel doesn’t just ask the question “Can you hear me now?” It answers it with a vengeance.

Praise For Cell: A Novel…