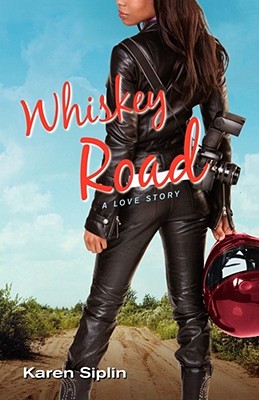 From Karen Siplin, the author of His Insignificant Other and Such a Girl, comes a passionate and edgy love story about a savvy female celebrity photographer and a small-town white contractor that asks, Where does a black woman born and raised in the big city go when she wants to escape, and what happens when she gets there? After one too many run-ins with irate A-list celebrities and their bodyguards on the streets of Los Angeles, paparazza Jimi Anne Hamilton has decided to throw in the towel. But when she planned to ride her BMW K 1200 motorcycle from California to New York, she didn't count on having her cross-country adventure interrupted by a motorcycle thief. After the brutal attack, which sees both her motorcycle and camera equipment stolen, she finds herself left with only her helmet, a few clothes, and a bag of money she swiped from her attacker. Disillusioned and hurt, Jimi chooses to recuperate in a nearby town where she meets Caleb Atwood, a local contractor fighting his own demons. Jimi and Caleb make a mismatched pair: black and white, highbrow and low. But in Caleb, Jimi believes she has found someone who feels as much of an outsider as she is. With Whiskey Road, Karen Siplin again succeeds in giving readers a story about opposites who manage to see what no one else can -- that they're right for each other.

Karen Siplin was born and raised in Brooklyn, New York. She has a degree in Film Production from CUNY's Hunter College. Her first novel, His Insignificant Other, was a 2002 Borders Original Voices selection. She is currently working on her third novel. Visit her website at www.karensiplin.com
Loading...
or support indie stores by buying on